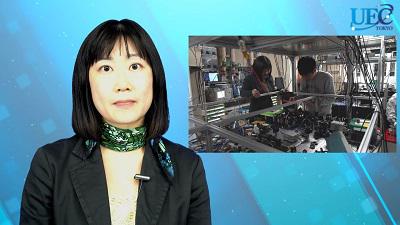 Haruka Tanji-Suzuki is devising methods for controlling photons with photons that are considered to be ideal information carriers in quantum information science. In order to take full advantage of quantum information carried by photons, it is important for them to directly interact with each other for information processing. But achieving this is a challenge. "We are using matter to mediate interaction between photons," says Tanji. "However, light-matter interaction is extremely weak in normal media. We confine matter inside resonators to enhance light-matter interaction, which in turn allows strong photon-photon interaction."

Tanji and her colleagues use laser-cooled atoms trapped inside an optical resonator. She wants to develop all optical quantum devices that are sensitive to a single photon input, such as single photon switches, where incoming photons switch the states of other photons.

"The realization of such all-optical single photon devices will be a major step towards all optical quantum information processing that calls for advanced devices such as high-fidelity photonic quantum gates."